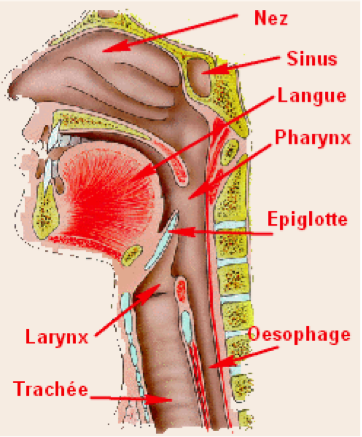 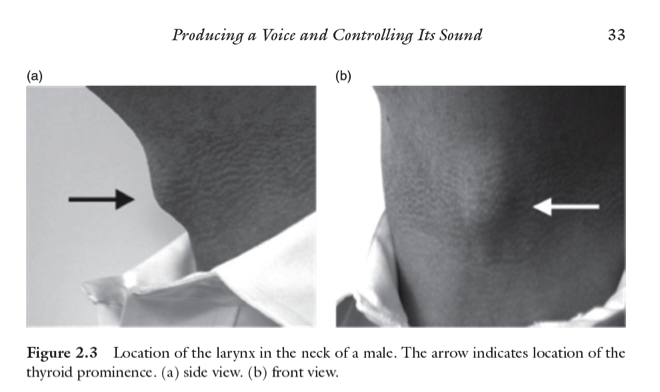 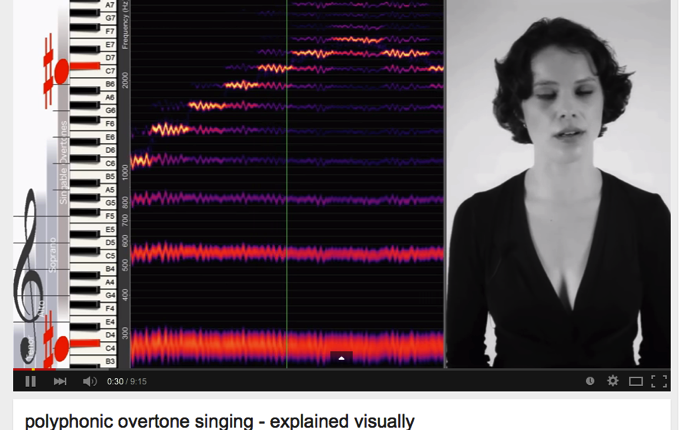 Throat- singing, a guttural style of singing or chanting, is one of the world’s oldest forms of music. For those who think the human voice can produce only one note at a time, the resonant harmonies of throat- singing are surprising. In throat-singing, a singer can produce two or more notes simultaneously through specialized vocalization technique taking advantage of the throat’s resonance characteristics. By precise movements of the lips, tongue, jaw, velum, and larynx, throat-singers produce unique harmonies using only their bodies. Throat-singing is most identified with parts of Central Asia, but it is also practiced in northern Canada and South Africa where the technique takes on different styles and meanings. (http://bit.ly/1EnDin9)

“Producing a Sound and Controlling its Sound” Foundations of Voice Studies, 2011 (Jody Kreiman and Diana Sidtis)

The larynx comprises a set of interconnected cartilages found in the airway below the pharynx and above the trachea (windpipe). Figure 2.3 shows the approximate location of the larynx in a man’s neck. To locate your larynx, place your fingers on your neck and say “ah.” You should feel the vibrations getting stronger or weaker as your fingers move toward or away from your larynx. (You can also feel it move upward and then downward during swallowing) (34)

Overtone singing—also known as overtone chanting, harmonic singing or throat singing—is a type of singing in which the singer manipulates the resonances (or formants) created as air travels from the lungs, past the vocal folds, and out of the lips to produce a melody.

The partials (fundamental and overtones) of a sound wave made by the human voice can be selectively amplified by changing the shape of the resonant cavities of the mouth, larynx and pharynx. This resonant tuning allows the singer to create apparently more than one pitch at the same time (the fundamental and a selected overtone), while actually generating only a single fundamental frequency with his/her vocal folds. http://en.wikipedia.org/wiki/Overtone_singing